Home » What is eCPM? 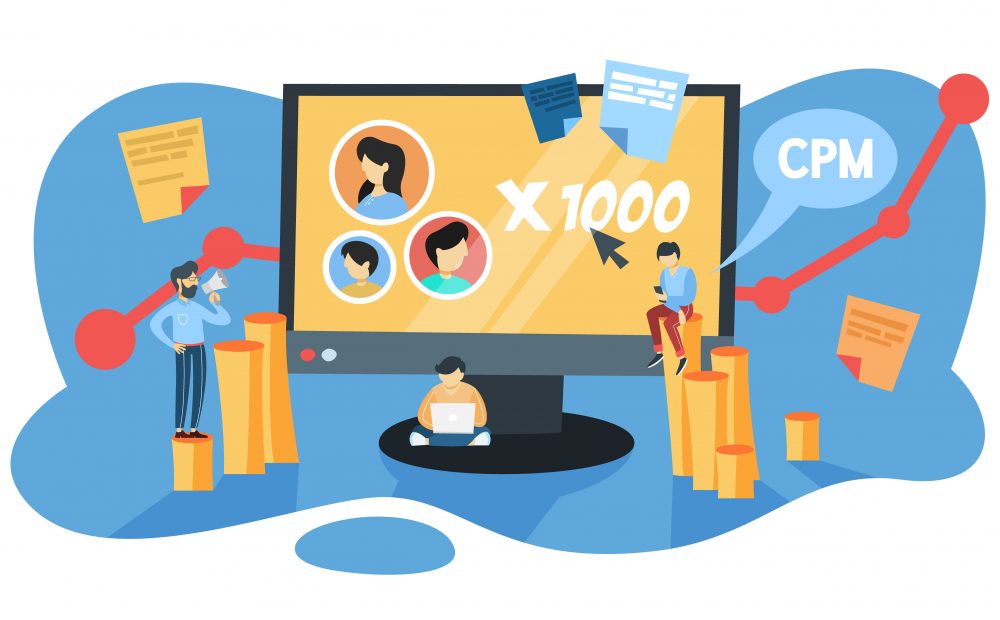 If you are running a CPM campaign, where advertisers are paying for impressions, the CPM and eCPM are the same number. However, if you’re running something else, like CPC (Cost per Click) or CPA (Cost per Action), there are many more calculations that need to be done to determine your eCPM.

For example, for a CPC campaign, you’ll need to look at the ad impressions over a certain time period, the clicks per ad over that same time period, and the CPC rate. You’ll need to multiply the number of clicks and the CPC rate, which will give you the total revenue. You’ll also want to divide the total number of impressions by 1,000, since the ad rates are measured in thousands, to get the number of “thousands” advertisers will be paying for. Finally, divide your total revenue by your “number of thousands,” and you’ll get your eCPM value.

Let’s look at that with numbers. Let’s say you have 1 million impressions on a particular ad on one day, that ad was clicked 5,000 times, and the CPC rate was $0.50.

Why Does This Matter?

eCPM is a great tool for comparing your revenue if you have different types of campaigns running on your website simultaneously. Once you calculate all of your CPC and CPA campaigns and revenues and convert into eCPM, you can easily see which ads are generating the most revenue. This is also helpful for advertisers, as they can make changes to campaign strategies based on eCPM figures to maximize their advertising budget.

If you’re looking to expand the ads on your website today, fill out the form here on our website. Here at The Moneytizer, we’re looking forward to helping you make monetize your website and visitors.